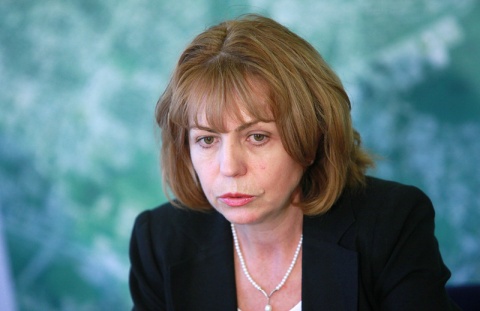 The Mayor of Sofia, Yordanka Fandakova, photo by BGNES

The increased influx of refugees in the Bulgarian capital creates a number of risks for themselves and for local residents, Sofia Mayor, Yordanka Fandakova, admitted Sunday.

Speaking for the public TV, BNT, Fandakova stated that the need of quick reaction prevented more thorough preparations and planning.

She further explained the duty to deal with the wave of mostly Syrian refugees was entirely one of the State, not of the City Hall, adding the capital has fully depleted the capacity to accommodate more asylum seekers.

"Life in the capital costs the most and risks for foreigners are the highest. The State must prepare new shelters in the countryside and direct the refugees to them," the Mayor stressed.

Fandakova admitted conditions in Bulgarian refugee shelters are deplorable without enough food and medical care. She gave as example of particularly bad ones the shelter in the Sofia's suburb of Vrazhdebna and noted such conditions were prone to create tensions.

The Mayor also pointed out it was very hard to establish the exact number of refugees in Sofia because some were leaving the shelters and others were arriving daily, adding the number was certainly higher than the official data.

According to Fandakova, the problem with the refugee wave in Bulgaria is a humanitarian one, thus their living conditions are very important.

She has requested from the Interior Minister increased police presence in the districts near the shelters as Sofia police reports have shown higher crime rate there recently, including theft of food.

"The City Hall has good communications with the State and not so good coordination," concluded the Mayor.