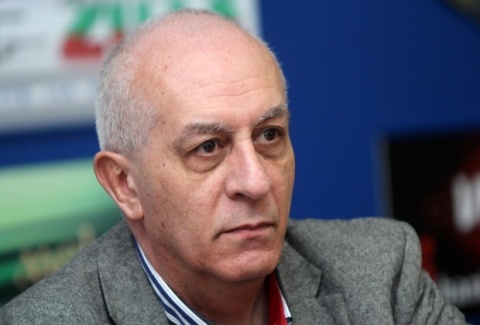 Only three Bulgarian parties will win seats in the next Parliament if elections were to be held now, a recent poll of the Afis polling agency shows.

The results were presented by Afis Director, Yuriy Aslanov.

Aslanov is firm that only three out of the four parties in the current Parliament would be able with 100% certainty to overcome the 4% threshold - the formerly-ruling opposition center-right Citizens for European Development of Bulgaria, GERB, the left-wing Bulgarian Socialist Party, BSP, and the liberal, predominantly ethnic Turkish Movement for Rights and Freedoms, DPS.

Among other political formations having chances to win seats, Aslanov lists the extreme nationalist party Ataka, currently in the Parliament, its biggest rival, the nationalist National Front for Salvation of Bulgaria, NFSB, which came close to 4% in the May 12 early elections, and the recently-founded right-leaning Reformist Block (including Bulgaria for Citizens of former EU Commissioner, Meglena Kuneva, which also came close to 4% at the last vote).

The poll has been conducted among 1 500 respondents from all over the country between September 10 and 25.

A hypothetical Party of Protests would garner 3.8% of the vote; a hypothetical new party – 4%, and a party "Progress," made up by Afis –close to 9%.

The latter three percentages show that 17% of Bulgarians do not see representation in any of the current parties and hope for something new, Aslanov explains. He adds this has happened only once in Bulgaria's modern history – in 2000, at the end of the right-wing rule of Prime Minister, Ivan Kostov, before the return in Bulgaria of former Tsar, Simeon Saxe-Coburg, who in 2001 succeeded Kostov at the post.

Aslanov says former Interior Minister in the GERB Cabinet, Tsvetan Tsvetanov, is currently the most hated politician in Bulgaria, followed by DPS leader, Luytvi Mestan, while Ataka leader, Volen Siderov, has taken a lead ahead of DPS honorary chairman, Ahmed Dogan, since the latter stepped out of the spotlight.

Aslanov stresses Tsatsarov's rating (36.9% approval and 27% disapproval) came as huge surprise as this is a first not only for a Chief Prosecutor, but for someone among the judiciary.

Current President, Rosen Plevneliev, is fourth, but the pollster expects that he will be in the negative in October as his approval now is only 41.4% against 39.6% disapproval.

"A very interesting issue is what would GERB look like without its leader Boyko Borisov? People do not know who the leader of the Union of Democratic Forces, UDF, (part of the Reformist Block) is, but they know BASTA of GERB renegades. BASTA gets more votes than UDF, says Aslanov.

Another, very surprising result is the recently launched party Bulgaria without Censorship of controversial TV journalist Nikolay Barekov getting votes similar to those of Bulgaria for Citizens, with Barekov even having lower disapproval than Kuneva.