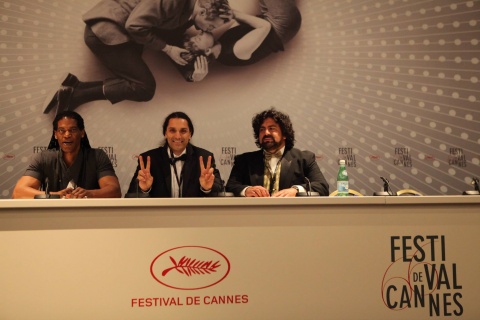 Bulgaria’s “Big Fat Lilly” metal group, originating from the small town of Pazardzhik, made a breakthrough on Hollywood’ s alternative scene with the song “God Forgive”.

The video and the lyrics of the single are “messages against hunger, poverty and war conflicts around the world.” according to band members.

In May, the socially conscious “God Forgive” song was awarded “World Peace Advocacy Award” at Cannes edition of the festival.

Nedy John Cross, lead singer of the band, started performing at the age of 4.

His parents were both working actors in the musical theatre. “My mom took me to the shows every day, then one day I was on stage, and that was the start of it all. Every day after school I was trained in classical music class to play the piano and sing. By the age of 14 years I started my first rock band”, recalls the beginning of his career Cross.

“Big Fat Lilly” will perform their acclaimed single in Hollywood on October 19th at the closing ceremony of CineRocKom.