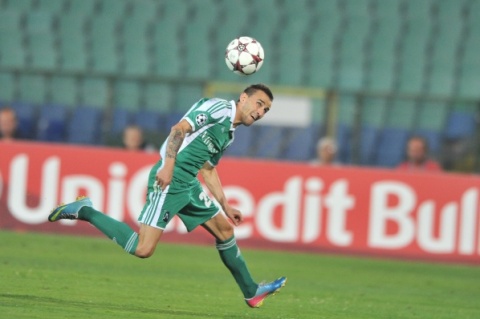 FIFA has revoked the provisional suspension of Bulgaria international Yordan Minev just hours after it said he had failed a drug test.

FIFA initially stated that an unnamed Bulgarian player tested positive for a banned substance following a World Cup qualifier against Malta on September 10.

The Bulgarian Football Union revealed the player was full back Yordan Minev.

However, it now appears the international governing body has made a mistake.

"The chairman of the FIFA disciplinary committee has revoked his decision to suspend a Bulgarian international footballer for a period of 30 days,” FIFA said in a statement.

"The decision was taken following clarification by medical bodies, on the basis of which it appears that there is no circumstantial evidence that anti-doping rules have been violated."

Minev's club, Ludogorets Razgrad, explained in a statement earlier on Thursday that the reason for the doping test result was a painkiller injection administered by national team doctors.

The fact that the painkiller injection contained a banned substance was duly noted by the medics that carried out the doping tests after the game, Ludogorets said, citing the Bulgarian Football Union.

Minev did not play in Bulgaria’s 2:1 away win against Malta.