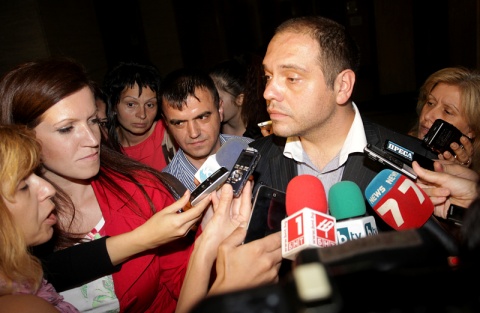 Zlatanov was dismissed by the Sofia City Court over charges of malfeasance in office. He appealed the measure, but it was upheld by an appeals' court. Photo by BGNES

Filip Zlatanov has resigned from the post of Chair of the Commission on Prevention and Ascertainment of Conflict of Interest (CPACI).

The resignation was reported by the parliamentary ad-hoc committee tasked with inspecting the alleged violations committed at the CPACI, according to reports of the Focus news agency.

The parliamentary ad-hoc commission is currently holding a sitting and more details are to be available later on Thursday.

Zlatanov was dismissed by the Sofia City Court over charges of malfeasance in office. He appealed the measure, but it was upheld by an appeals' court.

In mid-July, Bulgaria's prosecuting authority pressed charges of malfeasance in office against the Chair of CPACI, with Deputy Chief Prosecutor Borislav Sarafov citing excerpts of a "very interesting notebook" seized from Zlatanov's desk indicating that he had received instructions about the progress of certain cases.

Zlatanov adamantly rejected that the notes in his infamous personal notebook were instructions for his work, adding that they had been his own ideas and remarks.