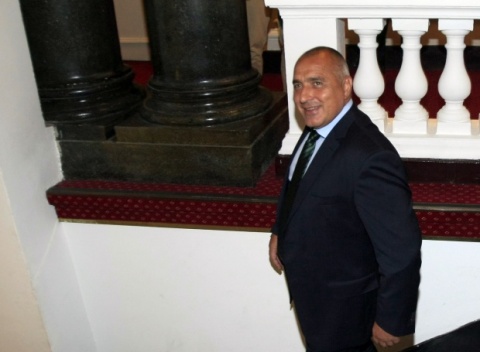 A no-confidence vote appears powerless to overthrow the current Socialist-led cabinet of PM Plamen Orsharski according to a former Bulgarian PM Boyko Borisov.

Borisov posted on his Facebook wall on Thursday that a legal instrument as the no-confidence vote is doomed to fail to oust the government as it has come to power and ruled with illegal measures.

A resignation and new elections are the only way, according to Borisov.

“The no-confidence vote is an instrument to topple the government. And we have been using its whole capacity. Today it became clear that the cabinet has risen to power by vicious practices”, Borisov said.

Earlier in the day, Borisov’s opposition, formerly-ruling center-right party GERB (Citizens for European Development of Bulgaria) who initiated the no-confidence motion against the Socialist-endorsed Cabinet of Prime Minister Plamen Oresharski, attended the sitting but did not register for voting.

This led to a lack of quorum and postponement of the vote and the entire parliamentary session.

Even if the ultranationalist Ataka backs GERB's motion, the chances of the no-confidence vote succeeding are negligible because these parties together have a total of 120 MPs and need the support of one more lawmaker.

The other two parties in the Parliament, which are backing the government – the left-wing Bulgarian Socialist Party, BSP, the liberal predominantly ethnic Turkish Movement for Rights and Freedoms, DPS, together also have 120 MPs.

The quorum for a no-confidence vote is 121. However DPS MP Delyan Peevski is not attending the sessions as his status remains unclear after the Parliament annulled its decision to appoint him Chief of the State Agency for National Security, DANS.

Because of the above and because all Ataka lawmakers are in Brussels, the quorum on Thursday will depend solely on GERB.