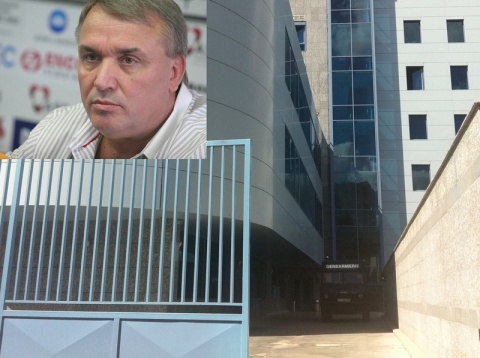 The interrogation of Bulgarian energy consultant, Bogomil Manchev, scheduled for Wednesday, has been postponed pending the examination of seized documents from his office.

The information was reported by the spokesperson of the Sofia City Prosecutor's Office, Zornitsa Taskova.

Manchev was set to give explanations and an account in connection with the probe for large-scale embezzlement and premeditated mismanagement in the project to build a second Nuclear Power Plant, NPP, in the Bulgarian Danube town of Belene.

He is the CEO of Bulgaria's Risk Engineering consulting company and has been summoned earlier through his wife.

Last Friday, Risk Engineering's offices were searched in a special police operation against suspected fraud in the energy sector. Manchev's company is believed to have embezzled EUR millions in consultancy deals for the Belene project, despite the fact that its construction was stopped in March of 2012.

Speaking on the private TV station Nova Monday morning, Manchev clarified that the contract signed between Risk Engineering and NEK for Belene in 2005 is still active today, despite the halting of the project.

He added that there are a number of private and political interests hidden behind this operation, such as demonstrating to those protesting against the government that the state is committed to fight corruption.

As for private interests, Manchev suggested a certain businessman who is interested in taking over his positions, but did not reveal a name.

On Monday, Krum Atanasov and Ivo Lefterov, former CEOs of Bulgaria's National Electric Company, NEK, together with Sabin Sabinov, CEO of Worley Parsons in Bulgaria, who were all arrested during the special police operation, were released.

Manchev has also stressed that the said contract was not between Risk Engineering and NEK and his company received payments as Worley Parsons subcontractor.

Bogomil Manchev was one of the three individuals mentioned as key players in Bulgaria's so-called "energy mafia" in a diplomatic cable of the US embassy in Sofia, dated December 20, 2006, revealed on WikiLeaks and provided to the project for investigative journalism www.bivol.bg.