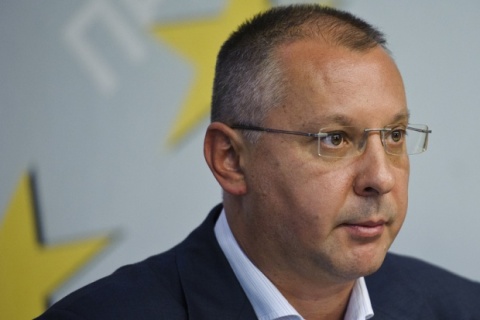 The boycott of the government no-confidence vote is a breach of parliamentary authority and if the same happens again Thursday, the vote will be scrapped, according to Bulgarian Socialist leader, Sergey Stanishev.

Stanishev, leader of the Bulgarian Socialist Party, BSP, the Party of European Socialists, PES, and former Prime Minister, made the statement after the opposition, formerly-ruling center-right party GERB (Citizens for European Development of Bulgaria) who initiated the no-confidence motion, attended the sitting but did not register for voting.

This led to a lack of quorum and postponement of the vote and the entire parliamentary session.

Stanishev explained the true reason behind the boycott was GERB realizing they made a mistake with the grounds of their motion - the claim that the newly established Investment Ministry was of no practical benefit and had only been wasting taxpayers' money on superfluous administration for its four months in existence – and have decided to avoid embarrassment in plenary hall by the boycott.

Meanwhile, in commenting on the developments, Socialist-endorsed Prime Minister, Plamen Oresharski, also stated at the beginning of the regular sitting of the Council of Ministers that GERB were not at all convinced in the their motives.

The Minister of Investment Planning, Ivan Danov, further confirmed the opposition lacked sound arguments for the motion, adding he was prepared to answer any questions.

He pointed out his Ministry was working with insufficient personnel and is yet to move to its permanent headquarters next week, but was still trying to do the best in doing its job.

GERB leader and former PM, Boyko Borisov, however, is firm the boycott was the right thing to do because the extreme nationalist Ataka is holding the government hostage.

Ataka lawmakers, who usually secure the quorum, are on a working visit to Brussels. Their parliamentary group sent an official notice to Parliament Speaker Mihal Mikov that they would not take part in Parliament's work this week, prompting commentators to wonder why Borisov decided his MPs would not register since the absence was known in advance.

Even if Ataka back's GERB's motion, the chances of the no-confidence vote succeeding are negligible because these parties together have a total of 120 MPs and need the support of one more lawmaker.