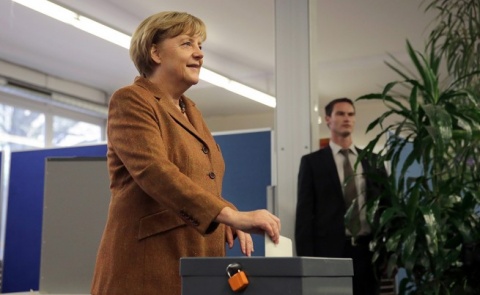 Angela Merkel's conservative Christian Democrat party is ahead by a wide margin in the German election, according to exit polls.

However, it is still unclear who Merkel will go into coalition with, as her current partners, the Free Democrats (FDP) are estimated to have received 4.7% of the votes, slightly below the 5% threshold.

The results were published after the closure of polling stations at 6pm local time.

Around 62 million people were eligible to vote in Sunday's general election.

According to preliminary estimates, as cited by ARD, voter turnout was 73%, compared to 70.8% four years ago.