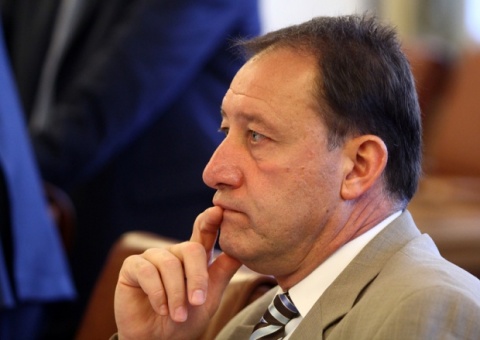 Bulgaria's Defense Minister, Angel Naydenov, does not rule out closure of the country's southern border with Turkey as an extreme measure in the effort to deal with the refuge wave.

Speaking for the public radio Sunday, Naydenov said the closure could be done through technical methods, including building a fence.

Another way would be to send the refugees back to Turkey.

"We, however, should be aware of the tragedy of these people coming here to seek asylum and shelter or wanting to pass in transit to other destinations," said the Minister.

The asylum seekers are arriving mainly from Syria.

It was announced recently that Bulgaria has capacity to accept only an additional 1 000 refugees fleeing the Syrian conflict, while 4 000 are already in Bulgarian shelters.

Bulgarian nationalist parties Ataka and VMRO insist on closing the border with Turkey.

It was also reported that once in Bulgaria, there is no way to send the refugees back to Turkey as Bulgaria doesn't have an agreement with it for readmission.

Bulgarian MEPs Ivaylo Kalfin and Stanimir Ilchev pledged to insist before the EU on financial assistance to deal with the refugee problem.

Ilchev further promised to ask Frontex, the European border management agency, to pressure Turkey to sign the agreement that would allow Bulgaria to send refugees back there.

He says Turkey is not guarding its borders strictly and is allowing the immigrants to cross it and enter Bulgaria. The MEP also stressed mixed patrols, to include Bulgarian border police officers, must be allowed on the Turkish side.