Bulgarian Energy Consultant: Probe against Me Is Farce 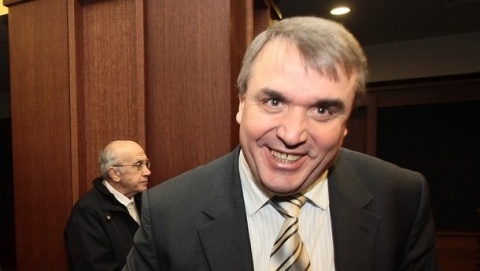 The CEO of Bulgaria's Risk Engineering consulting company Bogomil Manchev labels the Friday raid of his offices in Sofia a "farce."

Speaking before the public radio after the news about the special police operation made headlines, he firmly declared that his business and every penny he earned form it were legal, and he had no reasons whatsoever to be nervous about the probe.

Earlier in the day, Bulgaria's State Agency for National Security, DANS, and the Interior Ministry launched a large-scale joint special operation against suspected fraud in the energy sector.

"One lev or 10 million levs, it does not matter. What matters is that they are legal. They are legal. I am abroad. They even thought I was lying that I am abroad, which I found very, very funny. The leading investigator in the case has summoned me to appear as a witness and we even decided on a day next week. Me, arrested? This is non-sense. Why should I be arrested? I learned from the media that the charges involve large-scale embezzlement and mismanagement. None of the two is true," said Manchev.

The special police operation comes on the heels of Sofia City Prosecutor's Office launching on August 9 a pre-trial procedure for large-scale embezzlement and mismanagement. The main lead in the investigation are payments from the National Electric Company, NEK, for consulting services for the Belene NPP project, made after the previous government of the Citizens for European Development of Bulgaria party, GERB, decided to freeze it in March 2012.

"It is not my fault that the government decided to halt the project. They failed to implement the administrative procedure for it. The Council of Ministry issues an order to the Minister of Economy and Energy, he than orders NEK and the Bulgarian Energy Holding, BEH, what to do regarding the subcontractors - annul the contracts, close the site etc. None of this has been done," said the businessman.

Manchev, however, was one of the three individuals mentioned as key players in Bulgaria's so-called "energy mafia" in a diplomatic cable of the US embassy in Sofia, dated December 20, 2006, revealed on WikiLeaks and provided to the project for investigative journalism www.bivol.bg.