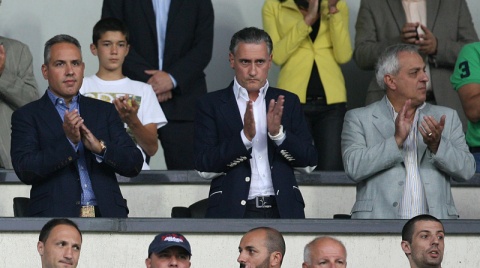 Bulgarian football champions Ludogorets Razgrad's owner Kiril Domuschiev was extremely delighted after his team's 2-0 away win over PSV Eindhoven in the Europa League on Thursday night.

"We won not with luck, but with good play. We showed that we have what it takes to pass the group stage", commented Domuschiev.

The businessman pointed out that his team defied all odds and silenced the critics.

"Most people had written us out. The boys showed character and did their job perfectly. We grow with matches like this, and our self-confidence improves. I guess it means we are working in the right direction", he added.

Ludogorets are top of group B in the Europa league after the victory. Ukranian side Chernomorets Odessa are also with 3 points, but worse goal difference, after defeating Dinamo Zagreb 2-1 in Croatia.

Ludogorets' next match in the Europa League is on October 3, at home against Dinamo Zagreb.