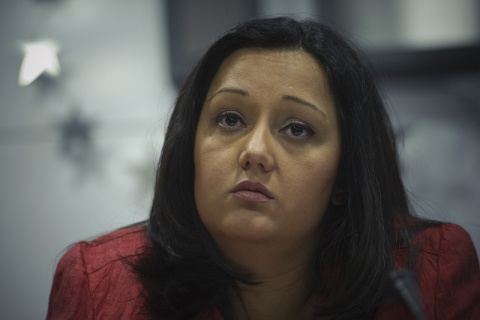 Lilyana Pavlova, former Regional Development Minister and current MP of center-right party GERB, has argued that GERB should unite with the Reformist Bloc, a new political formation consisting of mainly right-wing parties, because they are like-minded people.

"We are defending the same cause and we are members of the European People's Party (EPP)," Pavlova said in a Wednesday interview for the morning broadcast of the Bulgarian National Television (BNT).

Regarding the upcoming no-confidence motion against the socialist-led coalition government, Pavlova claimed that it was going to show the world whether a three-way coalition of the Bulgarian Socialist Party (BSP), the ethnic Turkish Movement for Rights and Freedoms (DPS) party and nationalist party Ataka.

"This is a government characterized by the lack of competence of ministers and the lack of expertise. It has no economic policy," she said, adding that GERB (Citizens for European Development of Bulgaria) was adamant that there was no alternative to early elections.

Pavlova suggested that the snap elections had to take place as soon as possible before the policies of the government had brought about an irreversible situation.

She added that by initiating a no-confidence motion over the poor overall policy of the Cabinet, GERB aimed to demonstrate its oppositional stance and to assure anti-government protesters, "nearly 80% of Bulgarian citizens," that their voice had been heard.

Bulgaria's former Regional Development Minister made clear that the no-confidence motion would be based on the failed overall policy of the government because "submitting no-confidence motions over separate policies on a monthly basis would devalue the act."

The no-confidence motion against the government headed by Prime Minister Plamen Oresharski is to be submitted on Thursday.