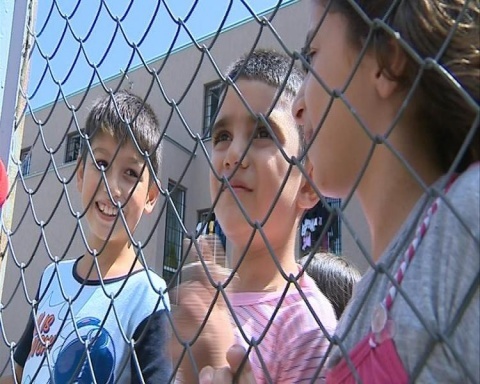 by Boris Cheshirkov in Sofia

Increasing numbers of Syrians fleeing violence in their homeland are heading for Bulgaria and ending up in overcrowded and "dire" reception centres as the country on the edge of the European Union struggles to cope with the influx.

So far this year, Bulgaria has received about 3,000 asylum applications, mainly from the Middle East and Africa. This is three times the yearly average of the past decade. August saw a sharp rise to some 50 new arrivals (mainly Syrian families) per day compared to four a month a year earlier.

"Although overall numbers are low relative to some other European countries Bulgaria's asylum system cannot keep pace with the new arrivals," UNHCR's chief spokesperson, Melissa Fleming said on Tuesday, while adding that the three existing accommodation centres operated by the government were overcrowded and conditions were both unsafe and dire.

But she added that the refugee agency welcomed assurances from the Bulgarian government of quick action to fix the dire conditions for Syrian and other asylum-seekers. UNHCR Regional Representative for Central Europe Montserrat Feixas Vihe met Prime Minister Plamen Oresharski and other senior officials last Friday to discuss the need for new accommodation facilities to relieve overcrowding, and for asylum-seekers to be released from detention.

In the centres run by Bulgaria's State Agency for Refugees, people sleep in corridors and cook on flimsy burners in crowded dormitories. "All available spaces have been converted into dormitories – from the TV and internet rooms to the child-care spaces. The shower and toilet facilities are just not enough to cope with the new pace of arrivals," said Roland Weil, UNHCR's representative in Bulgaria, adding that up to 100 people share a single bathroom while education and recreational activities are scant, and several hundred children are missing out entirely on school.

The overcrowding is straining relations among asylum-seekers, who in normal circumstances have to make ends meet on the equivalent of just over one euro a day for food, clothes, medicine and other necessities.

"We just want respect [from the management]," said one Syrian mother of two in the Pastrogor centre. The family fled from the eastern Syria region of Hassakeh in June and now share a former TV room with six other families. "The closest bathroom is downstairs," she said.

A slow asylum procedure exacerbates the situation. People typically stay in accommodation centres for a year while their refugee claims are being assessed, even though the law states that applications should be decided within six months.

"The government needs to find new alternative accommodation as soon as possible, even temporarily, to relieve pressure on the existing centres and enable those asylum-seekers currently held in detention to be released," said UNHCR's Weil.

To address the accommodation shortage, the Bulgarian authorities have to date relied on two detention centres designed to house irregular migrants awaiting deportation. In Lyubimets, close to the Turkish border, and Busmantsi on the outskirts of Sofia, asylum-seekers stay behind bars for up to three months waiting for the authorities to move them to an open centre. These detention centres are hosting numbers way beyond their capacity.

At Friday's meeting, UNHCR offered to increase technical assistance to Bulgaria in the form of training and support at every stage of the asylum process from registration to decision-making on refugee claims.

Bulgaria has received about 2,000 Syrians since the start of Syria's conflict two and half years ago. Across the European Union, some 41,000 Syrians sought asylum in the same period.