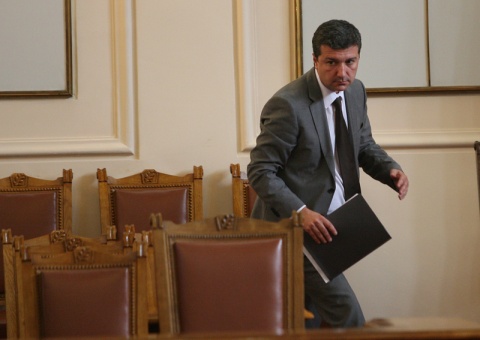 Bulgaria's prosecuting authority received Monday a tip-off about fraud schemes worth BGN 230 M in the energy sector during the term in office of the center-right GERB government.

The signal concerns flawed planning and spending of resources in the activity of the National Electric Company (NEK) and the Electricity System Operator (ESO), without taking into account the obligations under the long-term contracts for cold reserve availability with the AES Galabovo Thermal Power Plant and the Contur Global Maritsa Iztok-3 Thermal Power Plant, according to reports of the BGNES news agency.

The flawed planning was established back in 2012, when it was revealed that the cold reserve availability of the two TPPs had been used by the State Commission for Energy and Water Regulation (DKEVR) in the formation of the regulated access price of ESO.

In a letter dated August 2012, the Ministry of Economy and Energy informed the executives of ESO and NEK.

Three months later, in November 2012, in official letters to NEK and ESO, DKEVR also concluded that there were supposed to be no financial or legal obstructions to settling the relations related to the payment for the cold reserve availability under the long-term contracts with the TPPs.

Despite that, ESO did not pay the due expenses under the above-mentioned cold reserve availability contracts of NEK, and the funds were redirected to other companies.

The matter was reported to the competent bodies by Economy and Energy Minister Dragomir Stoynev.

In the period September 1-8, 2013, Bulgaria's prosecuting authority received three other tip-offs about irregularities worth a total of BGN 160 M.