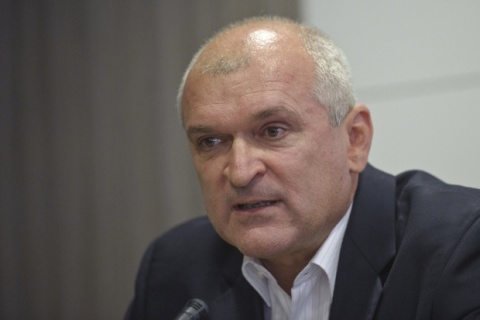 Electricity prices are going down, but this is on the expense of the State budget with all taxpayers actually footing the bill.

The statement was made before Nova TV Monday morning by Dimitar Glavchev, Member of the Parliament from the formerly-ruling centrist and opposition Citizens for European Development of Bulgaria party, GERB, and Chairman of the GERB parliamentary group.

According to him, despite the price decrease, customers have not even felt the reduction in their utility bills, and were asking why the latter keep going up.

Zhelyu Boychev, MP from Bulgarian Socialist Party, BSP, on whose mandate the current government was formed, stated that for the first time in modern history, the country had a rule ambitious enough to "reverse the trend of electricity price hikes."

Glavchev countered this was yet another "imitation launched by the government." He stressed GERB Cabinet managed to secure 8% price reduction in the month of March, 2013.

Boychev remained firm BSP has achieved a lot on the issue in 100 days since the government took office and was steadily moving in the right direction.

Meanwhile, the three power distributors in Bulgaria maintain the measures of the Socialist-led rulers against alleged monopolies in the energy sector can lead to a huge hike in electricity prices.

This was confirmed Monday morning by Stefan Abadzheiv, Director of one of them – Energo-Pro, but he added his company was acclaiming needed changes in the sector and would issue an official position after the Bill is passed into law.

Abadzhiev spoke for bTV. In the same studio, Tasko Eremenkov, lawmaker from BSP, working on the Bill, stated "the energy sector is something that requires fine-tuning and there is a need of a large debate and of seeking a solution that would fit both consumers and power utilities."

"If people stop paying their bills, the power distributors will stop paying the National Electric Company, NEK, and this will trigger a chain reaction, leading to collapse of the sector," Eremenkov stated.

He admitted that if the Bill is passed into law as it is written now, electricity prices will go up, but assured his colleagues were seeking ways to avoid it.

The Bill includes texts giving more rights to consumers and stepping up control on monopolies.

One of the new measures in it bans power utilities from cutting off electric power of consumers unless they missed paying their bill for a third consecutive month or the overdue amount exceeds BGN 310, which is the minimum monthly wage in the country.

Even then, customers will be warned by phone, short text message (SMS), email, or a letter. Reinstating power after the bill is paid will be free of charge and must happen within 4 hours.

In case the monthly electric bill is more than 30% higher than the one from the previous month, the customer has the right to not pay it until the power distributor proves the use of electricity for this amount.

Senior sources from power distributors, speaking off-the-record, told bTV earlier that the new legislation will force them to make expenses and investments amounting to BGN 2.5 B or declare insolvency, which will lead to a price hike of 5%-7% in the summer and up to 42% in the upcoming winter.