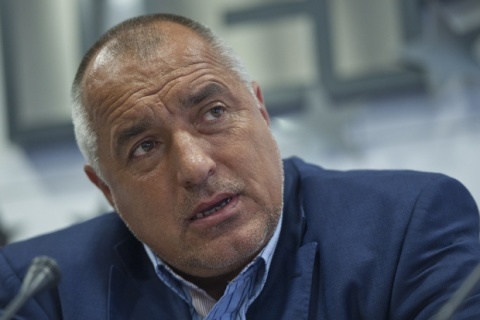 In a Facebook status update, Borisov presented his opinion on the freshly issued 2.5-year jail term of Hochegger, who was involved in a scandal with Bulgaria's three-way coalition government headed by Prime Minister Sergei Stanishev.

Borisov insisted that the GERB government had submitted multiple signals about the Hochegger affair, adding that the case reminded of the scandal with Mario Nikolov, who was acquitted of large-scale SAPARD fraud, while "his German ally was sentenced to 3.5 years of imprisonment."

Dubbing Hochegger "an ally" of former Prime Minister and socialist leader Sergei Stanishev, Borisov claimed that the Austrian PR and lobbying expert had been handed a 2.5 jail term because he had received money from Stanishev and his then- girlfriend and current wife, PR agency owner Monika Yosifova, while at the same time Bulgaria was wasting time "playing games with ad-hoc committees."

"I hope that this verdict will activate and bring to light the huge fraud scheme implemented by the closest circle of allies of Stanishev at the expense of the state," the GERB leader stated, as cited by dnevnik.bg.

Meanwhile, GERB MP Dimitar Glavchev, who chaired the ad-hoc parliamentary committee on the Hochegger affair, gave a press conference on Sunday, stressing the silence of the Bulgarian prosecuting authority on the latest developments on the case.

Glavchev insisted that all inspections into the matter had confirmed that the interests of Bulgarian citizens and the state had not been properly protected.

The GERB MP also drew attention to the fact that there were no accounting documents proving that the activities specified in the two contracts between Bulgaria and Hochegger's company had actually been conducted.

Earlier on Sunday it emerged that Hochegger had been sentenced to 2.5 years of imprisonment by the Viennese Regional Criminal Court for abetting embezzlement and making false statement in testimony to the parliamentary anti-corruption committee.

Apart from the former PR and lobbying strategist for Telekom Austria, the court also issued guilty verdicts to a former MP, an advertising executive and the Spokesperson of then- Justice Minister.

The "Hochegger" affair was investigated by an ad-hoc committee of Bulgaria's 41st National Assembly.