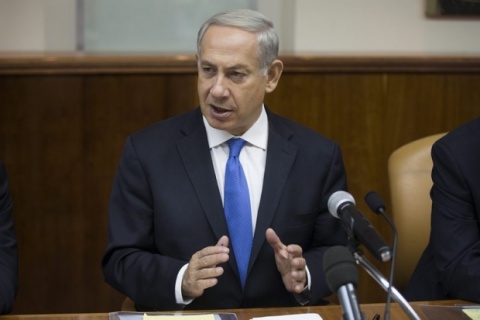 Israel's Prime Minister Benjamin Netanyahu has stated he hoped the US-Russia agreement on Syria on elimination of chemical weapons will lead to the full destruction of its chemical arsenal.

Speaking at a memorial ceremony for Israeli soldiers killed in the 1973 Middle East war, Netanyahu said Israel was counting on real results from the agreement reached Saturday between US Secretary of State John Kerry and Russian Foreign Minister Sergei Lavrov on the eradication of Syrian chemical weapons stockpile.

Netanyahu is to meet Sunday in Jerusalem with John Kerry.

From Israel, Kerry will travel to Paris for discussions about Syria on Monday with French Foreign Minister Laurent Fabius and British Foreign Secretary William Hague. The Turkish and the Saudi foreign ministers will also be in Paris.