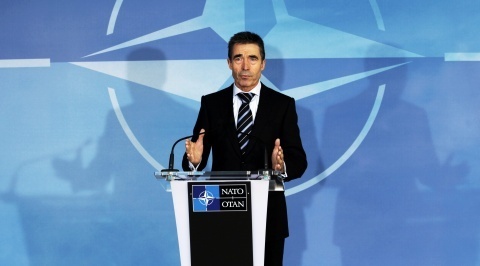 NATO has welcomed the agreement reached Saturday between US Secretary of State John Kerry and the Russian Foreign Minister Sergei Lavrov on the abolition of Syrian chemical weapons.

"This is an important step towards the goal of ensuring the swift, secure and verifiable elimination of Syria's stocks of chemical weapons. Full and unreserved Syrian compliance is now key," NATO Secretary General Anders Fogh Rasmussen has said in a statement.

Rasmussen has underscored the international community had a responsibility to make sure that the long-standing norm and practice against the use of chemical weapons is maintained, and violators are held accountable.

He noted the agreement should give further momentum to a political solution to end the horrendous bloodshed in Syria.