Hotel Stays in Bulgaria Get Cheaper in September 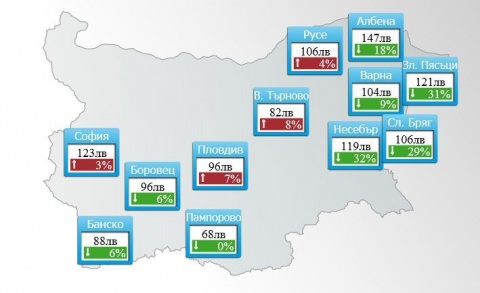 The price of a night at a hotel in Bulgaria has dropped in September both in respect to August and September 2012.

However, prices for the month have risen for hotels in larger cities, according to an analysis by booking website trivago.bg, reports Dnevnik.

This increase is however more than compensated by a drop in prices at seaside and mountain resorts.

The sharpest increases are in the cities of Veliko Tarnovo (8% up) and Plovdiv (+7%).