Putin: US Must Put End to Doctrine of Exceptionalism 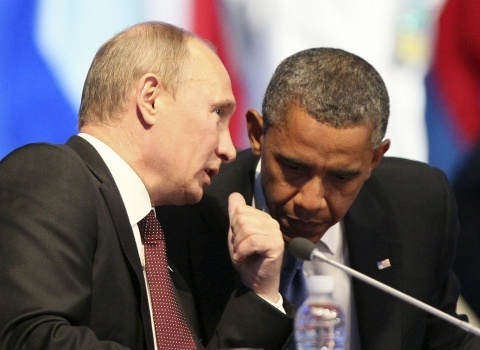 The US must stop considering itself as exceptional and abide by the standards of international law, stated Russian President Vladimir Putin.

In op-ed for the New York Times published online late September 11, Putin has warned the US agianst taking military action in Syria without a prior UN decision.

Such a move, said the Russian President, "could throw the entire system of international law and order out of balance."

Putin further said, counter to US claims, that there are enough reasons to believe chemical weapons were used by rebels, and not by forces of Syrian President Bashar Al-Assad.

American beliefs that the country is exceptional are misguided, and the US must take the opportunity to forge diplomatic dialogue instead of waging war, stated the Russian President.

"I carefully studied [US President Barack Obama's] address to the nation on Tuesday. And I would rather disagree with a case he made on American exceptionalism, stating that the US policy is “what makes America different"," wrote Putin.

"There are big countries and small countries, rich and poor, those with long democratic traditions and those still finding their way to democracy. Their policies differ, too. We are all different, but when we ask for the Lord’s blessings, we must not forget that God created us equal," is the conclusion of the Russian President's NYT op-ed.