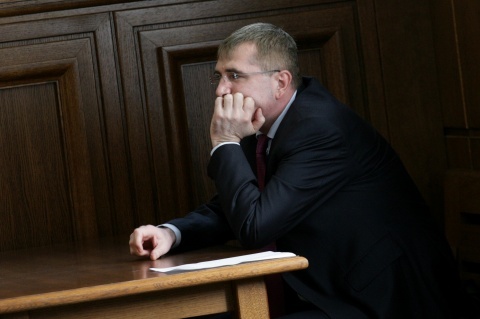 Energy tycoon Hristo Kovachki was cleared in May 2012 tax evasion to the tune of BGN 16.7 M by the Sofia Appellate Court. Photo by BGNES

The trial against Bulgaria’s energy tycoon Hristo Kovachki over charges of tax evasion to the tune of BGN 16.7 M is back in court just a year and a half after the wannabe oligarch was acquitted.

The country’s Supreme Court of Cassation has demanded that the evidence is reviewed again, citing procedural breaches.

Kovachki, whose party failed to win seats in 2009 parliamentary election, has diverse business interests, ranging from manufacturing to banking and from energy to retail.

He owns the Thermal Plants "Maritsa-Iztok 3" in Dimitrovgrad and "Bobov Dol", several mines, as well as the heating utilities in Vratsa, Burgas, Veliko Tarnovo and Pleven, the grocery chain

"Evropa" and the "Atomenergoremont" company.

Believed to be one of the richest men in the Balkans, Kovachki has denied any wrongdoing.

The court froze at the end of September 2009 BGN 143 M in assets of Kovachki, while he was on trial.

The ruling came at the demand of the state body, dealing with illegally acquired property.

Should Kovachki have been found guilty, the property in question was to be confiscated.