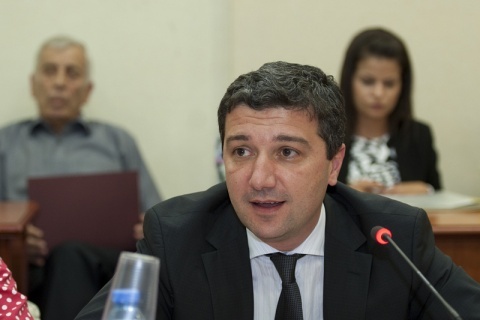 Bulgaria will cut down trade representatives in EU countries to up their number in Asia, stated Bulgarian Minister of Economy Dragomir Stoynev.

Wednesday Stoynev took part in a hearing at the Economy Committee in Parliament on the cabinet's broader economic policy.

"Buglaria has 52 trade representatives in 39 countries. Those have to be directed towards countries with high ecnonomic growth - those are mainly countries in Asia, incluing the Middle East and former Soviet republics," said the minister.

"I intend to redirect part of trade representatives in the EU to countries like China and Iraq. For instance, trade exchange with Iraq has grow with close to 600%," added he.

Stoynev explained that his ministry and the Foreign Affairs Ministry had created a joint unit to better coordinate their efforts in trade interaction with other countries.

Bulgarian PM Plamen Oresharski is currently on an official visit to Dalian, China, where he will take part in the Annual Meeting of the New Champions, aka The Summer Davos business forum.

Oresharski and his delegation met Chinese PM Li Keqiang and a number of representatives of leading Chinese companies.