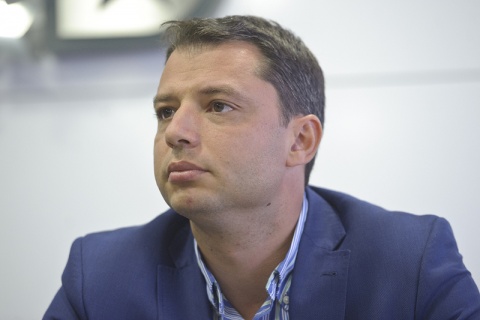 Former Economy and Energy Minister Delyan Dobrev believes that the regime opens the door to fraud schemes implemented in collusion with legal consultancies. Photo by BGNES

Bulgaria is about to restore the right of foreigners who placed over BGN 1 M at a licensed credit institution under a fiduciary management contract for a period of no less than 5 years to obtain a permanent residence permit.

The proposal is part of a set of amendments to the Foreigners in the Republic of Bulgaria Act initiated by the Bulgarian Socialist Party.

The bill passed first reading in Parliament on Wednesday, according to the Bulgarian Telegraph Agency (BTA).

If the legal changes are conclusively adopted, this option for obtaining a permanent residence permit, which was abolished during the term in office of the center-right GERB government, will be restored.

After a re-vote on the provisions requested by center-right party GERB (Citizens for European Development of Bulgaria), a total of 87 MPs voted for, 69 voted against, and e 12 abstained.

The amendments also envisage the application of more favorable conditions for investors who made an investment of over BGN 2 M.

According to the initiators of the bill, the measure will encourage investors to increase investments in Bulgaria.

The bill also aims to restore the conditions for attracting foreign investors and to increase the investments already made.

Total investments in 2013 have dropped by over 50% compared to the same period of 2012, according to socialist MPs.

The provisions envisage extra safeguards against abuse on the part of unscrupulous foreigners seeking to obtain a residence permit in the country.

The changes entitle the InvestBulgaria Agency to exercise direct control over the investments and to keep track of termination or redirection of the investments.

According to the initiators of the legal amendments, the law does not specify penalties in such cases and there is no deadline within which the foreigner who terminated the investment is obliged to inform the state about the fact and return their residence card.

According to former Economy and Energy Minister Delyan Dobrev, GERB is in favor of ideas aimed at increasing investments in Bulgaria but the party opposes the proposal to restore the practice of awarding permanent residence permits to foreigners who had deposited over BGN 1 M at a licensed credit institution.

Dobrev believes that the regime opens the door to fraud schemes implemented in collusion with legal consultancies.

The socialists argue, however that the requirement for a fiduciary management contract for a period of no less than five years is a guarantee against abuse.