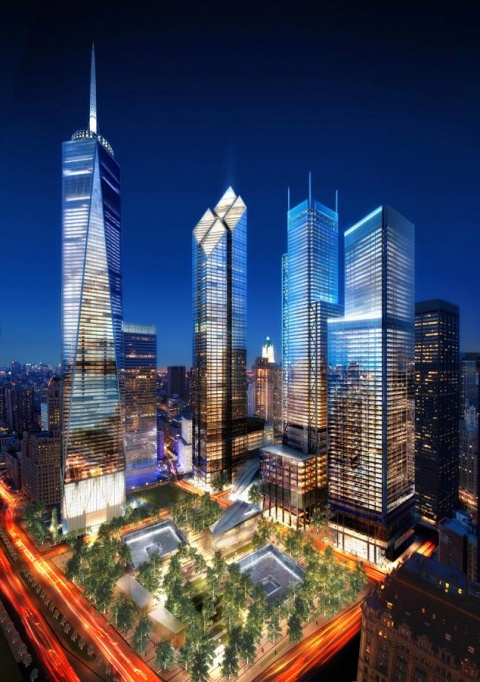 A rendering of what the new World Trade Center project site will look like when all buildings are complete. One World Trade Center (left) is near completion and is currently the tallest structure in the nation. Picture by Silverstein Properties

Many Americans will fall silent at 8:46 a.m. Wednesday, marking the 12th anniversary since the terror attacks on September 11.

Twelve years after terrorists killed 2,977 people -- beginning with American Airlines Flight 11's crash into the north tower of the World Trade Center at 8:46 a.m. on September 11, 2001 -- observances are planned at the sites of the disasters.

In what has become a tradition, family members of victims of both the 2001 and 1993 attacks on the World Trade Center will read names of their loved ones at a ceremony at the 9/11 Memorial Plaza in New York. The 9/11 attack killed 2,753 people in New York, including 403 police and firefighters. The 1993 bombing killed six people.

Moments of silence will mark the 8:46 a.m. impact and the 9:03 a.m. crash of United Airlines Flight 175 into the World Trade Center south tower.

Political figures will not speak at the New York ceremony.

At the Pentagon, where American Airlines Flight 77 crashed at 9:37 a.m. on September 11, President Obama will speak at a private observance for family members of the 184 people who died there.

In southwestern Pennsylvania, it is only expected to take 18 minutes to lay a wreath and read the names of 40 people, beginning at 9:45 a.m. and ending at 10:03 a.m. That is the time United Airlines Flight 93 crashed into a field near Shanksville.

The target of those hijackers is unknown, but the hijackers apparently crashed the plane short of the target because they feared losing control of the plane to some of the 40 passengers and crew attacking them.