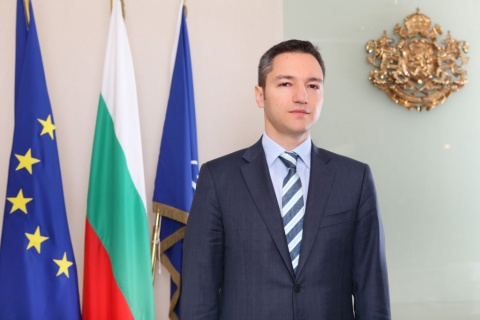 Bulgaria's Foreign Minister, Kristian Vigenin, denies reports the decision not to bestow outgoing French Ambassador Philippe Autie with the Order of Stara Planina has been "revenge" and "punishment."

The decision was made by Bulgaria's Socialist-led government at the beginning of September.

The country's highest State honor, the Order of Stara Planina is traditionally handed to foreign Ambassadors in Bulgaria whose terms in office have expired.

In July, amidst mass and relentless anti-corruption protest rallies, Autie and German Ambassador Matthias Hoepfner issued a joint statement insisting the voice of the people to be heard and Bulgaria's government to part with the oligarchic model of ruling the country.

The French Ambassador later personally visited one of the anti-government protests in Sofia, prompting local media to report the government's decision not to decorate Autie with the highest state honor has been provoked by his support for the rallies.

Vigenin now firmly rejects the above, explaining the order is an award and he wanted to end the practice of bestowing it to diplomats "by the kilo," as it has been done until now.

"The Foreign Minister is not punishing ambassadors, but has the right to impose some rules in the distribution of orders. We might even establish a special order for foreign diplomats. Autie is simply the first one to leave the country without one because this is the beginning of establishing new criteria for awarding orders," said Vigenin.

Vigenin, who is from the Bulgarian Socialist Party, BSP, however, did not mention that precisely the former President and former leader of BSP, Georgi Parvanov, was the one to distribute the most Stara Planina orders ever.

During Parvanov's two terms in office, the highest country State order has been bestowed 40 to 50 times on average each year to deserving Bulgarians and foreigners – most often former Ambassadors in Sofia.

At the beginning of 2012, the Bulgarian "Trud" (Labor) daily reported the Bulgarian presidential office of current President, Rosen Plevneliev, was facing serious problems with Parvanov's legacy, related to 600 outstanding award decrees left by him.

Plevneliev informed at the time the budget of the presidential institution of about BGN 4.1 M was far from sufficient to realize these awards. According to "Trud's" sources, the manufacturing of the order costs over BGN 4 000 each.