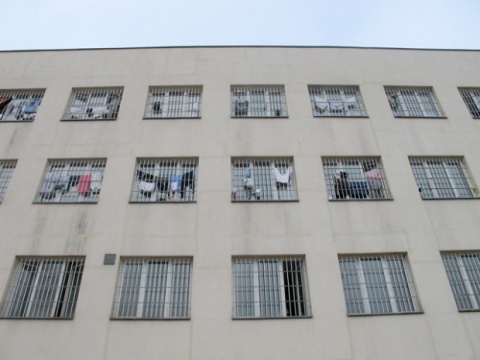 Chaos has been reigning in the refugee shelter in Bulgaria's southern town of Lyubimets for three days now. Photo by www.vice.com

One of them has told Nova TV that they are upset by the slow process and the red tape in Bulgaria granting them official refugee status.

Syrian Tarek says chaos has been reigning in the shelter for three days now and compares the conditions there as those of a prison.

Tarek has already spent 44 days in the Lyubimets shelter and wishes to receive official refugee status ASAP in order to start a normal life. The deadline for the procedure in Bulgaria is 6 months, but the protesters deem it way too long.

"I want freedom. My family is still in Syria and I have been disconnected from them. For 10 days now I don't know anything about them. I came here as a refugee, not as a criminal. They want to keep us in this jail for 6 months, but we will strike until they give us freedom. We don't want to stir trouble and break the rules, but the situation here is truly unbearable," Tarek explains.

The Bulgarian Interior Ministry has commented that the State Agency for Refugees is working to find ways to improve conditions in the shelter and speed up the procedure.