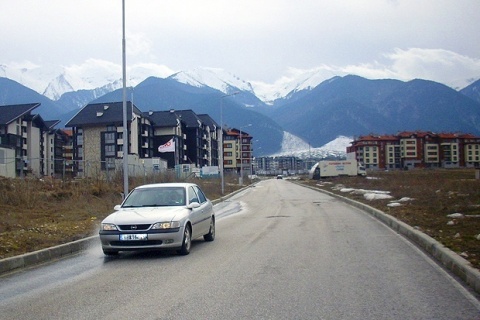 The Bulgarian government is firmly behind the project to build a second ski lift in the winter resort of Bansko in the Pirin mountain.

The Bulgarian Economy and Energy Ministry reports Friday that Deputy Prime Minister Daniela Bobeva and Deputy Economy Minister Branimir Botev have made the statement before to participants in the meeting with representatives of the tourist sector from Bansko, Razlog, and Dobrinishte.

"Ski tourism has huge potential in Bulgaria. According to foreign experts, Bulgaria has the capacity to accommodate four times more visitors in winter resorts and even now ranks fourth among the most popular ski destinations in Europe," Botev is quoted as saying.

The latest developments bring again to the forefront the long-lasting controversy surrounding construction plans in the Pirin National Park.

Environmentalists have argued that Bansko is already overdeveloped, with excessive amounts of hotel beds and ski runs that have already harmed the nearby national park, a UNESCO World Heritage site.

Bansko's main ski and tourist operator, Yulen, is known to be held by Tseko Minev, who also owns Vitosha Ski and First Investment Bank, and chairs the Bulgarian Ski Federation.

Protest rallies for and against the expansion of ski zone and the construction of a second ski lift were held at the beginning of the year when the Citizens for European Development of Bulgaria party, GERB, of former Prime Minister, Boyko Borisov, was still in power.

Minev is said to be close to Borisov.

The then-Speaker of the Parliament from GERB, Tsetska Tsacheva and then-Interior Minister from GERB, Tsvetan Tsvetanov, surprised many in the country when they appeared at the rally in support of the project.

One of Bulgaria's most prominent environmentalists, Toma Belev, who was sacked by GERB as Director of the Vitosha National Park, labeled the decision to build a second lift in Bansko a "retaliation attack" on the part of the current Socialist-led government.

Speaking before the public radio Friday, Belev stated that this was the latest evidence the government has no intentions of severing ties with oligarchs with shady offshore businesses and the mafia, despite its pre-election promises.

"They go ahead with a project without environmental assessment and an assessment of compatibility with Natura 2000," the eco activist reminded.

The position of the Ministry of Environment and Waters, which has the authority over the Pirin National Park, and can give green light or halt construction projects, remains unclear.

In April 2013, a report of the National Audit Office, NAO, revealed that the concession of the Bansko ski zone has not been controlled for 10 years. NAO recommended much stricter control and collecting adequate annual fees from the concessionaire.