Only 3% of Teachers in Bulgaria under 30 Years – Education Minister 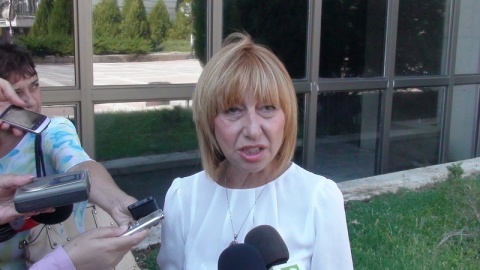 Bulgarian Education Minister Aneliya Klisarova has cautioned that a mere 3% of teachers in the country are below 30 years of age, adding that is important to make the teaching profession attractive for young people.

In a Thursday interview for the Bulgarian National Radio (BNR), Klisarova argued that it was essential to adopt measures to motivate young people to become teachers because a large number of teachers were expected to retire over the next 10 years.

The Education Minister proposed measures such as increasing teacher salaries, launching social packages for teachers, increasing scholarships for university students, and introducing the job of trainee-teacher.

Klisarova also commented on the new bill on secondary education, saying that it was to be submitted to Parliament before the Christmas holidays or right after the New Year holidays.

Bulgaria's Education Minister expressed hopes that the bill would be passed in March-April 2014 so that the new curriculum could be applied in school year 2014-2015.

In end-August, Klisarova informed that the bill would be provided for the disposal of all directors and teachers after September 15, thereby allowing them to propose changes to the provisions.

She also explained that the idea to introduce the so-called dual educational system envisaging vocational training for students in upper secondary education was aimed at achieving closer cooperation with the business sector.

Klisarova assured that the measure would make it easier for graduating students to enter the job market.