Israel Says Mediterranean Missile Launch Was Joint Test with US 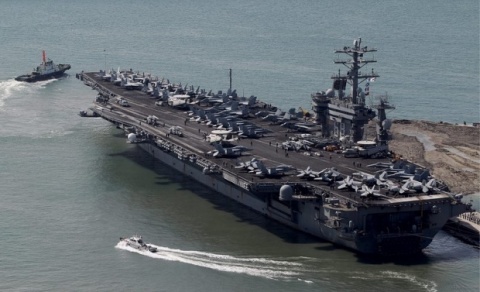 Israel's Defense Ministry said Tuesday it had carried out a missile test in the Mediterranean sea, apparently explaining news alerts run about an hour earlier after Russia's radar systems detected two "ballistic objects" fired from the central Mediterranean toward the eastern part of the sea.

“The launches we’re talking about were a test of the Anchor target missile that is used for testing our missile defense system,” an Israeli Defense Ministry representative told RIA Novosti.

The launch was part of joint tests with the US military and were successfully tracked by radars in Israel, the official added.

The Russian Defense Ministry said earlier Tuesday its ballistic missile early warning system had detected the launch of the two "ballistic targets" in the Mediterranean.

A diplomatic source in the Syrian capital, Damascus, told RIA Novosti that the targets fell in the sea.