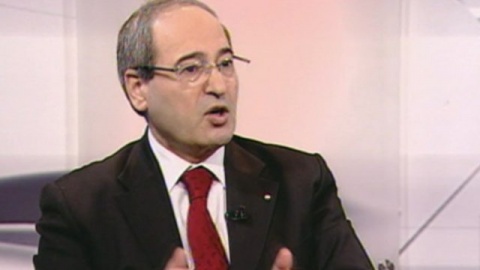 This is the first reaction of a senior Syrian official on the latest developments regarding the possible US military intervention in the Syrian civil war.

Earlier Obama had said that although the US has enough evidence to believe that forces of Syria's President Bashar Al-Assad had used chemical weapons, he will consult Congress before going ahead with the operation.

The Syrian top diplomat was also very critical of authorities in France, which along with the US and Turkey were the most vocal proponents of a military intervention in Syria.

"In Damascus we have a responsible government, but in Paris there is no such thing," commented Faisal.

He accused French President Francois Hollande and Foreign Affairs Minister Laurent Fabius of "misleading the people of France" regarding the situation in Syria, in order to cover up other failed policies.