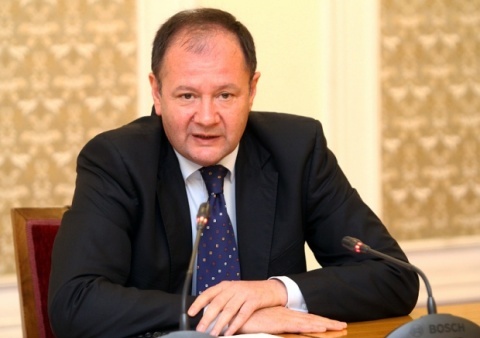 The Speaker of the Bulgarian Parliament, Mihail Mikov, says lawmakers always determine their agenda according to current local and international events. Photo by BGNES

Bulgarian lawmakers are joining the example of others across Europe and will discuss the situation and conflict in Syria.

The news was reported by the Speaker of the Parliament, Mihail Mikov, who told the Bulgarian "Standard" daily that the MPs always determine their agenda according to current local and international events.

On Saturday, President Rosen Plevneliev urged lawmakers to hold a debate on Syria.

"The Bulgarian Parliament must hold a debate on the pros and the cons and to assess everyone's role in the current situation and crisis in the region as it could turn global," said Plevneliev after the liturgy for the 70th anniversary of the death of Tsar Boris III at the Rila monastery, which he attended.

The alleged August 21 chemical assault in Syria, which the US intelligence community has linked to President Bashar al-Assad's regime, and the possible military intervention will be further discussed Tuesday by the leadership of the Bulgarian Socialist Party, BSP.

The majority in BSP are said to be inclined to wait for the resolution of the UN Security Council, which will be based on the report of UN inspectors who went to the site of the chemical weapons attack in the suburbs of Damascus.

Their conclusion will be ready in two weeks, though a UN spokesperson said they will be working as fast as possible to test the samples they took from the site.

The inspectors have already left Syria.

The formerly-ruling, now opposition Citizens for European Parliament of Bulgaria party, GERB, have asked to hold a parliamentary hearing of Socialist-endorsed Prime Minister, Plamen Oresharski, on the issue of Bulgaria's preparedness for a possible refugee wave from Syria.