FBI Said to Increase Surveillance on Syrians in US 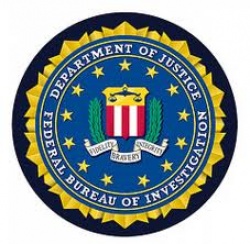 The FBI has increased its surveillance of Syrians inside the United States, according to current and former US officials.

FBI agents are expected to interview hundreds of Syrians in the coming days.

The move has been reportedly triggered by concerns that a military strike against the government of President Bashar al-Assad could lead to terrorist attacks in the US or against American allies and interests abroad.

The government has also taken the unusual step of warning federal agencies and private companies that American military action in Syria could spur cyberattacks, officials have said, according to The New York Times.

The paper says authorities are particularly concerned because Iran — one of Assad’s closest allies — has said there will be reprisals against Israel if the United States attacks Syria. The Iranians have also shown a willingness to sponsor terrorist attacks on American targets, according to the officials, speaking to The New York Times on the condition of anonymity to discuss a continuing operation.