Brzezinski: Syria May Suck Us into Large Regional War 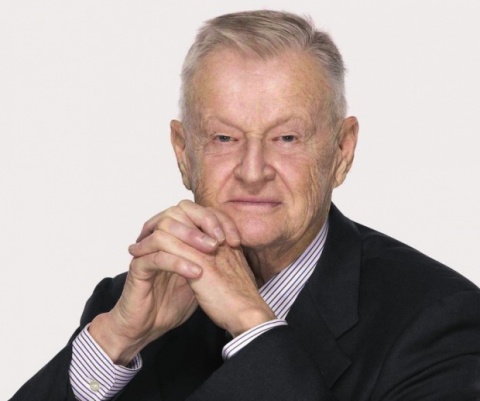 Following is an interview with Zbigniew Brzezinski for The National Interest,  an American bi-monthly international affairs magazine

The interview was conducted by Jacob Heilbrunn, TNI senior editor.

Here we are five years into the Obama administration, and you’re stating that the West is engaging in “mass propaganda.” Is Obama being drawn into Syria because he’s too weak to resist the status quo? What happened to President Obama that brought us here?

I can’t engage either in psychoanalysis or any kind of historical revisionism. He obviously has a difficult problem on his hands, and there is a mysterious aspect to all of this. Just consider the timing. In late 2011 there are outbreaks in Syria produced by a drought and abetted by two well-known autocracies in the Middle East: Qatar and Saudi Arabia. He all of a sudden announces that Assad has to go—without, apparently, any real preparation for making that happen. Then in the spring of 2012, the election year here, the CIA under General Petraeus, according to The New York Times of March 24th of this year, a very revealing article, mounts a large-scale effort to assist the Qataris and the Saudis and link them somehow with the Turks in that effort. Was this a strategic position? Why did we all of a sudden decide that Syria had to be destabilized and its government overthrown? Had it ever been explained to the American people? Then in the latter part of 2012, especially after the elections, the tide of conflict turns somewhat against the rebels. And it becomes clear that not all of those rebels are all that “democratic.” And so the whole policy begins to be reconsidered. I think these things need to be clarified so that one can have a more insightful understanding of what exactly U.S. policy was aiming at.

Historically, we often have aided rebel movements—Nicaragua, Afghanistan and Angola, for example. If you’re a neocon or a liberal hawk, you’re going to say that this is actually aiding forces that are toppling a dictator. So what’s wrong with intervening on humanitarian grounds?

In principle there’s nothing wrong with that as motive. But I do think that one has to assess, in advance of the action, the risks involved. In Nicaragua the risks were relatively little given America’s dominant position in Central America and no significant rival’s access to it from the outside. In Afghanistan I think we knew that Pakistan might be a problem, but we had to do it because of 9/11. But speaking purely for myself, I did advise [then defense secretary Donald] Rumsfeld, when together with some others we were consulted about the decision to go into Afghanistan. My advice was: go in, knock out the Taliban and then leave. I think the problem with Syria is its potentially destabilizing and contagious effect—namely, the vulnerability of Jordan, of Lebanon, the possibility that Iraq will really become part of a larger Sunni-Shiite sectarian conflict, and that there could be a grand collision between us and the Iranians. I think the stakes are larger and the situation is far less predictable and certainly not very susceptible to effective containment just to Syria by American power.

Are we, in fact, witnessing a delayed chain reaction? The dream of the neoconservatives, when they entered Iraq, was to create a domino effect in the Middle East, in which we would topple one regime after the other. Is this, in fact, a macabre realization of that aspiration?

True, that might be the case. They hope that in a sense Syria would redeem what happened originally in Iraq. But I think what we have to bear in mind is that in this particular case the regional situation as a whole is more volatile than it was when they invaded Iraq, and perhaps their views are also infected by the notion, shared by some Israeli right-wingers, that Israel’s strategic prospects are best served if all of its adjoining neighbors are destabilized. I happen to think that is a long-term formula for disaster for Israel, because its byproduct, if it happens, is the elimination of American influence in the region, with Israel left ultimately on its own. I don’t think that’s good for Israel, and, to me, more importantly, because I look at the problems from the vantage point of American national interest, it’s not very good for us.

You mentioned in an interview, I believe on MSNBC, the prospect of an international conference. Do you think that’s still a viable approach, that America should be pushing much more urgently to draw in China, Russia and other powers to reach some kind of peaceful end to this civil war?

I think if we tackle the issue alone with the Russians, which I think has to be done because they’re involved partially, and if we do it relying primarily on the former colonial powers in the region—France and Great Britain, who are really hated in the region—the chances of success are not as high as if we do engage in it, somehow, with China, India and Japan, which have a stake in a more stable Middle East. That relates in a way to the previous point you raised. Those countries perhaps can then cumulatively help to create a compromise in which, on the surface at least, no one will be a winner, but which might entail something that I’ve been proposing in different words for more than a year—namely, that there should be some sort of internationally sponsored elections in Syria, in which anyone who wishes to run can run, which in a way saves face for Assad but which might result in an arrangement, de facto, in which he serves out his term next year but doesn’t run again.

How slippery is the slope? Obama was clearly not enthusiastic about sending the arms to the Syrian rebels—he handed the announcement off to Ben Rhodes. How slippery do you think this slope is? Do you think that we are headed towards greater American intervention?

I’m afraid that we’re headed toward an ineffective American intervention, which is even worse. There are circumstances in which intervention is not the best but also not the worst of all outcomes. But what you are talking about means increasing our aid to the least effective of the forces opposing Assad. So at best, it’s simply damaging to our credibility. At worst, it hastens the victory of groups that are much more hostile to us than Assad ever was. I still do not understand why—and that refers to my first answer—why we concluded somewhere back in 2011 or 2012—an election year, incidentally—that Assad should go.

Your response earlier about Israel was quite fascinating. Do you think that if the region were to go up into greater upheaval, with a diminution of American influence, Israel would see an opportunity to consolidate its gains, or even make more radical ones if Jordan were to go up in flames?

Yes, I know what you’re driving at. I think in the short run, it would probably create a larger Fortress Israel, because there would be no one in the way, so to speak. But it would be, first of all, a bloodbath (in different ways for different people), with some significant casualties for Israel as well. But the right-wingers will feel that’s a necessity of survival.

But in the long run, a hostile region like that cannot be policed, even by a nuclear-armed Israel. It will simply do to Israel what some of the wars have done to us on a smaller scale. Attrite it, tire it, fatigue it, demoralize it, cause emigration of the best and the first, and then some sort of cataclysm at the end which cannot be predicted at this stage because we don’t know who will have what by when. And after all, Iran is next door. It might have some nuclear capability. Suppose the Israelis knock it off. What about Pakistan and others? The notion that one can control a region from a very strong and motivated country, but of only six million people, is simply a wild dream.

I guess my final question, if you think you can get into this subject, is . . . you’re sort of on the opposition bank right now. The dominant voice among intellectuals and in the media seems to be a liberal hawk/neoconservative groundswell, a moralistic call for action in Syria based on emotion. Why do you think, even after the debacle of the Iraq War, that the foreign-policy debate remains quite skewed in America?

I think you know the answer to that better than I, but if I may offer a perspective: this is a highly motivated, good country. It is driven by good motives. But it is also a country with an extremely simplistic understanding of world affairs, and with still a high confidence in America’s capacity to prevail, by force if necessary. I think in a complex situation, simplistic solutions offered by people who are either demagogues, or are smart enough to offer their advice piecemeal; it’s something that people can bite into. Assuming that a few more arms of this or that kind will achieve what they really desire, which is a victory for a good cause, without fully understanding that the hidden complexities are going to suck us in more and more, we’re going to be involved in a large regional war eventually, with a region even more hostile to us than many Arabs are currently, it could be a disaster for us. But that is not a perspective that the average American, who doesn’t really read much about world affairs, can quite grasp. This is a country of good emotions, but poor knowledge and little sophistication about the world.