Number of Illegal Immigrants in Bulgaria Doubled in 2013 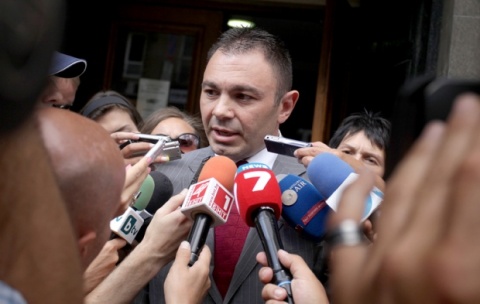 The number of illegal immigrants crossing the Bulgarian border has increased twofold in 2013, compared to the previous year.

It had reached 3 000 with 1 600 of them coming from Syria. The sharp and ongoing increase of Syrians entering Bulgaria is attributed to the conflict in the country in the last two years.

According to data of the State Agency for Refugees, 743 Syrian citizens (including 225 children) have applied for asylum in Bulgaria in 2013, however many others enter the country illegally, in transit for Western Europe.

In case there is a military intervention in Syria to trigger a new wave of refugees, Bulgarian authorities will have to set tent camps as shelters are filled over capacity and many complain of the deteriorating facilities and deplorable conditions.

It was reported meanwhile that another 35 illegal immigrants, most of them from Syria, have been apprehended near the Bulgarian-Turkish border overnight Wednesday into Thursday.

On the order of Interior Minister, Tsvetlin Yovchev, the Chief Secretary of the Bulgarian Interior Ministry, Chief Commissar, Svetlozar Lazarov, inspected Wednesday Bulgaria's preparedness to deal with the possible refugee wave from Syria.

Lazarov, together with the Chief of Border Police, Chief Commissar, Zaharin Penov, and the Deputy Head of the Migration Directorate, Mariyana Markova, checked the situation with control and security measures on the Bulgarian-Turkish border, the state of the temporary refugee shelter in the town of Lyubimets, and of the local coordination center for border control.

In the aftermath, the Chief Secretary reported that Bulgaria is upping security measures on its southern border with more equipment, aerial surveillance and stronger border police presence.