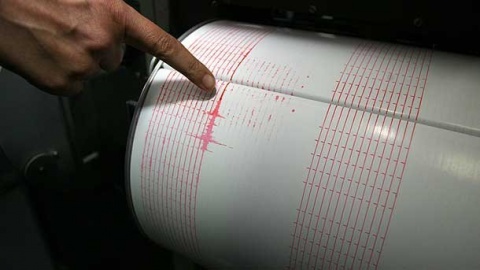 According to the Geophysical Institute of the Bulgarian Academy of Sciences (BAS), the quake measured 4 on the Richter scale and its epicenter was near the town of Dospat. Photo by BGNES

A 4.0 point magnitude earthquake has been registered Wednesday near the southern Bulgarian town of Dospat, according to the site of the Geophysical Institute of the Bulgarian Academy of Sciences (BAS).

BAS researchers reported that the jolt had been registered at around 10 am at a depth of 10 km. The epicenter was near the village of Osina, Satovcha municipality, in the southwestern Blagoevgrad Region.

No injuries or material damage have been reported so far.

The Deputy Mayor of Dospat dispelled reports the tremor was felt by local residents, saying he had no such information and the situation was calm, without any panic.

According to reports of the European-Mediterranean Seismological Center (EMSC), the quake measured 3.9 on the Richter scale and its epicenter was 2 kilometers deep. The epicenter was 6 km west of Dospat, 50 km west of the city of Smolyan and 134 km southeast of the capital Sofia.

EMSC later corrected its data to 3.7 on the Richter scale, with an epicenter 9 km from Satovcha.

A lighter earthquake was registered in the region Tuesday.

The jolts measured 2.5 on the Richter scale and caused no injuries or material damage. The epicenter was 2 km north of the town of Madan and 22 km east of Smolyan.