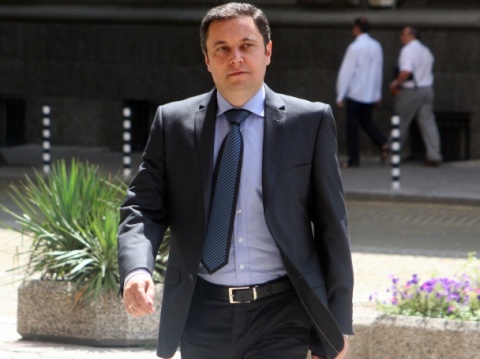 There is an under the table agreement between the current Socialist-endorsed government and former Bulgarian Tsar and Prime Minister, Simeon Saxe-Coburg, over some lucrative property deals.

The statement was made Sunday by representatives of the marginal conservative Order, Law and Justice party, RZS.

It was provoked by Saxe-Coburg's comments, published Saturday on his website, kingsimeon.bg. In them he wrote that the relentless anti-government protests in the country were incited by "certain circles" who were working behind the scenes in an attempt to divide the Bulgarian nation.

According to RZS leader, Yane Yanev, the former PM is supporting the government established on the mandate of the left-wing Bulgarian Socialist Party, BSP, and backed by the liberal predominantly ethnic Turkish Movement for Rights and Freedoms, DPS, because they have assured him that by the end of the year the Parliament will revoke the moratorium on the ex-royal properties and he will be able to get them back.

"It is not a coincidence that the "Red Tsar" became an advocate of the former communists and is slamming the protesters unjustly and sardonically. He makes up stories in his typical style, and offers sophisticated arguments only to prove his view that they are the guilty ones, while BSP, DPS, and the nationalist Ataka are innocent. He is going as a far as to criticize the media for reporting daily on the protests, forgetting that these same media endlessly reported his inarticulate mumblings, spoken without reason when he was PM," RZS say in a statement.

Yanev adds that the former Tsar returned to Bulgaria and got involved in politics only to get back the royal properties that he is convinced belong to him.

"It is crystal clear that when he wrote the lines against the protesters and the media, he was obsessed by only one thought – how to soften the rulers so that they can quickly resolve his restitution problems," the RZS leader concludes.