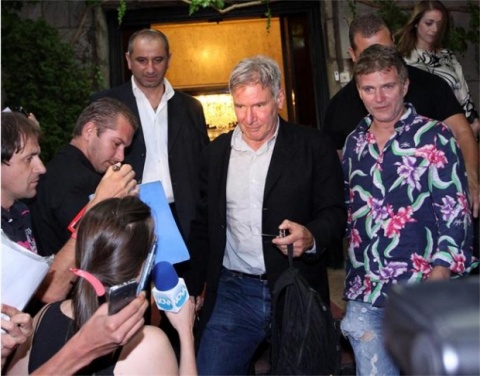 Hollywood mega-star Harrison Ford has arrived in Bulgaria to join the cast of the Expendables 3, which is being filmed in the Black Sea city of Varna.

According to the Bulgarian 24 Chassa (24 Hours) daily, Ford has landed in Sofia Friday evening on a flight from Munich.

The actor joined the cast at the last minute, after Sylvester Stallone, producer and top character in the motion picture, scandalously threw out Bruce Willis because the latter, reportedly, asked for too much money.

Harrison Ford's part is not yet known.

The shooting of the hit Hollywood action movie is taking place inside the old shipyard in Varna, which is to represent scenes from Somalia.