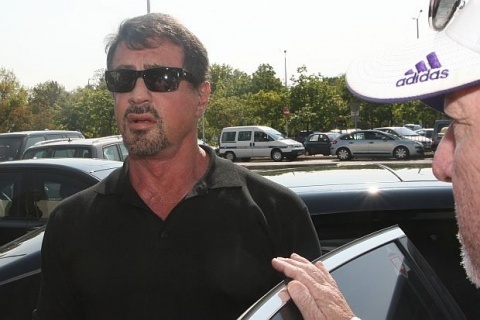 The star-studded cast in the Hollywood hit movie "The Expendables 3," which is being filmed in Bulgaria, are all accommodated in the upscale Riviera hotel complex in the Golden Sands resort, north of the Black Sea city of Varna.

The most luxurious units of the former State residence and now private beach property Riviera have been booked for months. The Bulgarian intermediary in charge of the accommodations has liked the most Riviera's most recently renovated "boutique" hotel Oasis, but, according to Bulgarian Standard daily, since its rooms had been limited, only Terry Crews and Dolph Lundgren are staying there.

Sylvester Stallone, producer and top character in the motion picture, is staying in hotel Imperial in the complex in a EUR 300 per night penthouse, painted in blue and beige. Wesley Snipes and Jason Statham are also in Imperial.

The reservations are for one week.

The luxurious units are stocked with fresh flowers and fruits and chilled wine. The room service is round-the-clock. The gym and the SPA will be open for all 24 hours.