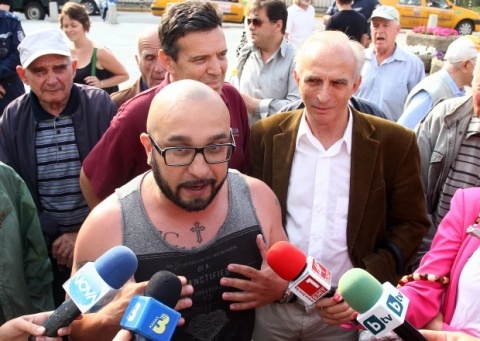 AJC are criticizing Bulgarian rulers and notorious TV7 channel for failing to act on anti-Semitic conduct in Bulgarian politics.

At the end of July, Shamara burst out in an anti-Semitic rant against former Bulgarian Finance Minister Simeon Djankov on the air TV7.

"It is normal for a budget prepared by Simeon Djankov to be revised. He is the most incapable Jewish vermin," said Shamara before TV7.

Local media report Wednesday that AJC Executive Director David Harris has told Reuters his organization was saddened and shocked that Bulgaria, which is known for its tolerance and respectfulness, has allowed such incidents without condemning the media or public figures involved, even though civil leaders have done it immediately.

Harris has also noted that the above came on the backdrop of the extreme-right, nationalist party Ataka, whose members often voice xenophobic and anti-Semitic ideas, securing parliamentary quorum for the ruling coalition, without formally being part of it.

Shamara's words did stir outrage among a number of Bulgarian organizations, including those of the Bulgarian Jewish community.

This forced Shamara to apologize for his behavior and the "inadvertently slipped clich?."

As anti-government demonstrations started in Bulgaria on June 14, with protesters demanding the resignation of the Socialist-led cabinet of Plamen Oresharski over suspected ties with oligarchs, the rapper turned into the self-proclaimed leader of a series of pro-government counter-rallies.