Arnold Schwarzenegger is Back - in Bulgaria* 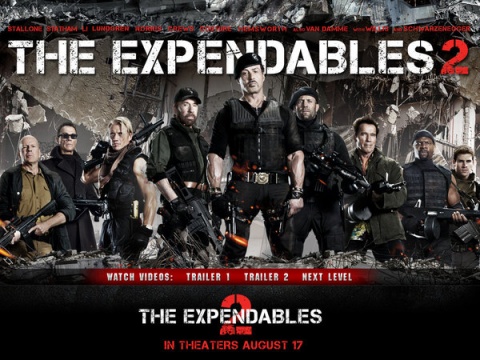 Lionsgate and Millenium Films have begun filming "The Expandables 3" in Bulgaria.

Arnold Schwarzenegger is back - in Bulgaria.

The action star and former governor of California, who championed filming in the state, is returning to Bulgaria to shoot the third installment in the "Expendables" franchise.

Lionsgate and Millennium Films said principal photography on "The Expendables 3" began Monday in Bulgaria, where the second movie about an elite group of mercenaries was also filmed.

Nu Image, a sister company of Millennium, has poured tens of millions of dollars into upgrades to the formerly state-owned studio, which has 13 sound stages, as well as a replica of several downtown Manhattan streets and a faux ancient Rome, complete with a coliseum.

Directed by Patrick Hughes ("Red Hill"), Lionsgate will release "The Expendables 3" in North America and in Britain on Aug. 15, 2014.

The first two installments of "The Expendables" have grossed nearly 0 million in combined global box office.

A Chinese stuntman was killed during the filming of "Expandables 2" in 2011, prompting a wrongful-death lawsuit filed by his family.