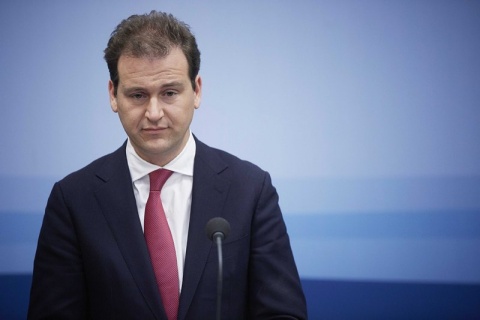 Dutch Deputy Prime Minister Lodewijk Asscher during a press conference after the Council of Minsters in The Hague, The Netherlands, 07 June 2013. Photo by EPA/BGNES

Dutch Social Affairs Minister Lodewijk Asscher has called on the EU to focus on the "negative consequences" of labor migration from Romania and Bulgaria at a time when surveys indicate that the fear of massive influxes is exaggerated.

"In the Netherlands, a 'Code Orange' is issued as the water in the rivers reach an alarmingly high level. It is now time for a similar alarm, namely about the sometimes negative consequences of the free movement of persons within the EU," Asscher wrote in an op-ed for De Volkskrant newspaper on Saturday, according to reports of EUobserver.

Labor migration from Romania and Bulgaria has turned into a hot topic in Britain, the Netherlands and Germany ahead of January 1, when the last remaining labour market restrictions will be lifted.

The op-ed, co-signed by English writer David Goodhart, emphasizes wage dumping, exploitation and "crowding out" of local workers as main "negative side-effects" to freedom of movement of EU workers.

Asscher and Goodhart are calling for stricter rules on penalizing companies which exploit workers from the new EU Member States.

EU legislation allowing freedom of movement of self-employed workers entered into force in 2006 and was tabled by Dutch politician Frits Bolkestein, then- EU Commissioner for internal market, who was also a member of the liberal party of Mark Rutte.

The law was sharply criticized by trade unions in Europe, who cautioned against a race to the bottom on wages and social benefits once poorer eastern Europeans were allowed to work freely in the richer western countries.

Fears of mass labor migration from Poland and other eastern countries, however, proved exaggerated, EUobserver notes.

According to UK-based lobby group "Migration Matters", the same applies to Bulgaria and Romania, as the number of Romanians and Bulgarians who are expected to come to Britain in 2014 is most likely to reach around 20 000, not 300 000, as other organizations claim.

Davies, as cited by Bradford-based daily The Telegraph and Argus and mediapool.bg, argued that no one knew how many of the 21 million people living in Romania and seven million in Bulgaria would migrate when the restrictions were lifted on January 1, 2014.