Bulgaria's Production of Mineral Resources Down 7% Y/Y in 2012 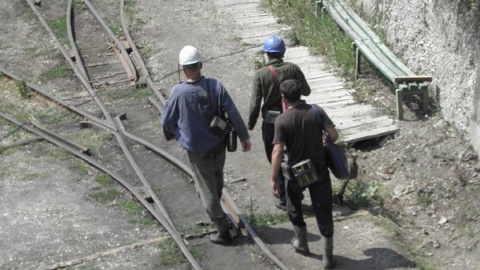 Bulgaria's production of mineral resources decreased by 6.28 M tones, or nearly 7%, on an annual basis, in 2012, according to Ivan Andreev, Executive Director of the Bulgarian Chamber of Mining and Geology (BMGK).

Speaking on Sunday, the professional holiday of miners, he explained that declines had been registered in most of the sub-sectors, the only exceptions being the production of natural stone materials and metallic mineral resources, which recorded annual increases by 10% and 1%, respectively, in 2012.

Andreev, as cited by the Bulgarian Telegraph Agency (BTA), said that the country's total production of mineral resources had amounted to 85 654 000 tonnes, or 12 tonnes of minerals per capita, in 2012.

He noted that solid fuels and metallic minerals had retained steady levels, accounting for 50% and 25%, respectively, of the total production.

He also pointed out that the total value of the production of companies in the sector had increased by 7.1% to BGN 2.97 B in 2012.

Andreev made clear that the labor productivity in the mineral raw materials industry had been two-and-a-half times the average of the country's industrial sector.

He reported that a total of 24 617 people had been employed in the sector in 2012, down by 314 from the rate in 2011, adding that mining had been the only sub-sector to register a job growth.

Lachezar Tsotsorkov, Chair of the Management Board of the BMGK, informed that the share of injuries at work in the sector had dropped by 15% from 2010, adding that the progress was due to investments in improving working conditions and the introduction of global best practices in the sector of metal ore mining.

He announced that a total of 162 work accidents had happened in 2012 in the sector, four of which had been fatal, adding that the average number of deaths from occupational injuries for the past few years had been five.

Tsotsorkov also commented that coal mining had reported poor results for the first six months of 2013, while the other sub-sectors had kept 2012 numbers steady.