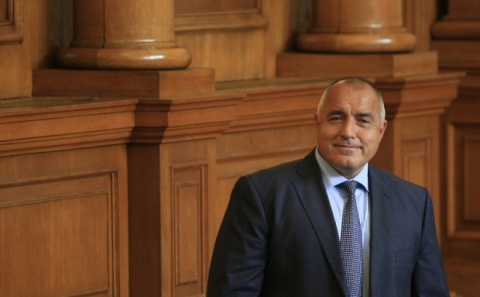 Boyko Borisov, former Bulgarian Prime Minister and leader of center-right party GERB, has said that the country appears to be headed for snap elections.

"I am convinced that there will be snap elections soon," he stated Sunday, adding that Bulgarians could be asked to go to the polls by end-2013.

Borisov, who attended the inauguration of the newly built "Ascension of Our Lord" Chapel in the northeastern village of Tsarkva, Dobrich district, suggested that the existing socialist-led coalition government would not take long to spend the new borrowing obtained through the budget revision and to get involved in corruption schemes, thereby showing people the true outcome of their ideas.

The leader of center-right party GERB, as cited by Sega daily, called on Desislava Terzieva, Regional Development Minister, to issue orders for the immediate launch of the newly completed Yana junction of Bulgaria's Hemus Highway, thereby putting an end to the traffic jams of the past few weeks at the entrance/exit point of Sofia.

"Taking into account that we built the road junction, the only thing they can do is to declare it open," Borisov stated, as cited by the Focus news agency.

Bulgaria's former Prime Minister was adamant that the road junction had to be opened on Sunday instead of unnecessarily delaying the launch until official ceremony scheduled for 2pm on Monday.

"The government must not make fools of people, forcing them to sit in congested traffic in this section. They are so green with envy that we built these things that they cannot find it in themselves to open them," Borisov stressed.

On July 12, Borisov voiced similar objections against the existing socialist-led coalition government of Prime Minister Plamen Oresharski, saying that they were deliberately delaying the launch of the final section of the Trakia Highway.