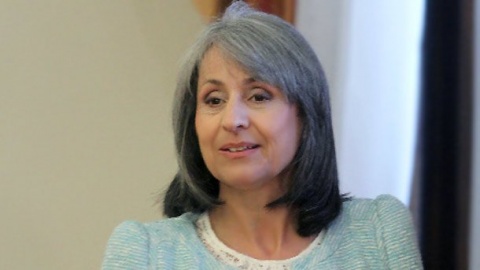 The number of asylum seekers in Bulgaria has increased substantially from 2012, according to Vice President Margarita Popova.

Popova, as cited by the Vice President's press office, made clear Thursday that the refugee flow to Bulgaria in the first six months of 2013 outpaced the number of asylum seekers for the entire 2012.

She informed that a total of around 1380 people had applied for asylum in 2012, compared to 1880 in the first half of 2013, adding that asylum was just one type of refugee protection.

The largest group of asylum seekers since the beginning of 2013 has been that of Syrian nationals (over 740), followed by Algerians (over 220), and Iraqi and Mali nationals (less than people 100 each). Adult male asylum seekers predominate, but there are also women and children among the applicants.

Popova said that Bulgaria had to address the issue of the growing number of asylum seekers by earmarking a site to build one more accommodation center with adequate capacity and living conditions.

She said that the new center had to have a capacity of at least 500-700 people and assured that state institutions had a responsible approach to the matter.

Popova noted that Bulgaria had one transit center for newly arriving asylum-seekers in Pastrogor and two registration centers - one in Sofia and one in the village of Banya, Nova Zagora district.

She said that one of the most pressing issues was to provide the opportunity to gather in one place asylum-seeking families.

"It is of utmost importance to take into account the humane attitude to the people – they must be well accommodated, amid tolerable living conditions, and what is very important – we must cooperate very closely with the United Nations High Commissioner for Refugees," she added.

The Vice President added that the President's Office was working intensely to process asylum applications resulting from the regional conflicts in the Middle East and North Africa.

She insisted that a humane and lawful attitude to asylum seekers had to be the leading principle in the search of a solution to the refugee problem.

Popova noted that security services had to "work very cautiously and with heightened sensitivity, in order to guarantee the security and peace of the other citizens, who are ready to show a humane attitude towards refugees."