Power Supply Recovery Fee in Bulgaria to Be Abolished 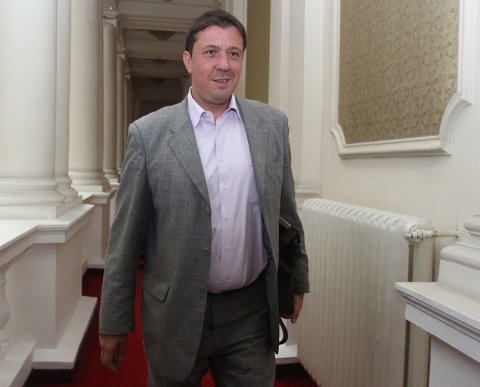 Yavor Kuyumdzhiev, MP of the Bulgarian Socialist Party (BSP) and Deputy Chair of the Parliamentary Energy Committee, photo by BGNES

Yavor Kuyumdzhiev, MP of the Bulgarian Socialist Party (BSP) and Deputy Chair of the Parliamentary Energy Committee, has said that the fee charged for re-connection to the power grid is illegal and should be abolished.

Speaking Tuesday after a discussion in Parliament with representatives of consumer organizations, Kuyumdzhiev explained that BSP would submit a proposal to eliminate the fee through amendments to the Energy Act.

"We will try to ask the State Commission for Energy and Water Regulation (DKEVR) to comply with the overall policy of the new government for protecting citizens and citizens' rights," he declared, stressing that they were an independent body.

"A person cannot be left without electricity overnight only to wait for the morning in order to be able to pay and have the procedure for re-connection to the power grid started," he added.

"I cannot see why one has to wait for 3-4 days to have their electricity supply restored when it all comes down to an elementary activity," the socialist MP stated.

"Our idea for contesting the electricity bill is the following: if the sum exceeds 30% of the normal consumption for the month and the season, we believe that, until the matter is cleared, the subscriber must not have their electricity supply cut off on account of non-payment," Kuyumdzhiev informed.

The socialist MP underscored that power distributors were not to be allowed to take liberties, adding that the situation in the winter of 2013, when Bulgarians staged mass protests over two- and three-fold increases in power bills, had been abnormal, and the proposal was aimed at solving the problem.