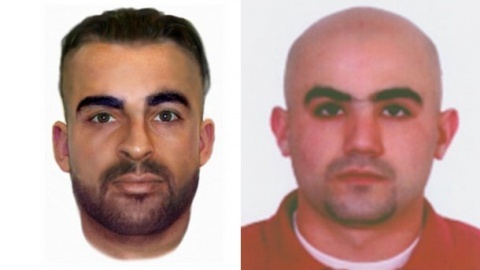 The FBI has appealed to Americans for information about suspects with fake Michigan driver’s licenses who are believed to have been behind the bombing of Israeli tourists in Bulgaria’s Black Sea city of Burgas last year.

“Hassan El Hajj Hassan, alias Ralph William Rico, has dual Lebanese and Canadian citizenship and was born in Zeghdraya, Saida, Lebanon, on March 22, 1988. He is 176 cm (5'7") tall and weighs 74 kg (163 pounds). Hajj Hassan is of Middle Eastern descent and has a shaved head with thick brown eyebrows and brown eyes. He has a heavy build with a round face. Hajj Hassan speaks Arabic and English,” FBI said on Thursday.

“Meliad Farah, aliases Hussein Hussein and Brian Jeremiah Jameson, has dual Lebanese and Australian citizenship and was born in Sydney, Australia, on November 5, 1980. He is 155 cm (5'1") tall. Farah is of Middle Eastern descent and has dark brown hair with thick brown eyebrows, brown eyes and a thin build. Farah speaks Arabic and English. “

Between June 28, 2012, and July 18, 2012, Hajj Hassan and Farah were reportedly in the regions of Ruse, Varna, Nesebar, the "Sunny Beach" resort area and the village of Ravda, all of which are near Burgas, Bulgaria. It is believed both Hajj Hassan and Farah checked into hotels using their false identification. Farah also may have used the identification bearing the name Brian Jameson to rent a car in Varna, Bulgaria, in July of 2012.

The United States identification used by the suspects was fraudulent; however, the FBI is investigating the creation and procurement of the driver's licenses and Social Security card.

The attack, which killed five Israeli tourists and a Bulgarian bus driver, has been linked to Lebanese Islamist group Hezbollah, but it denies any involvement.

EU’s Foreign Affairs Council decided in July to put the armed wing of Hezbollah on the bloc's list of terrorist organizations.