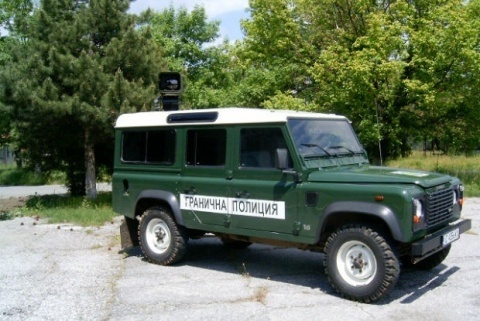 Bulgarian border police officers have detained over 19 illegal immigrants on the Bulgarian-Turkish border over the past 24 hours, according to Bulgarian Border Police Directorate.

A total 12 men without IDs, claiming to be coming from Syria and Ghana, were detected in the district of the Bulgarian village Golyam Dervent. The group was detained in the Regional Border Police Directorate in Elhovo on the Bulgarian-Turkish border.

6 people without IDs, claiming to be a family coming from Syria, were detained on Monday night in the area of the Bulgarian village of Prisadec in the Topolovgrad municipality, close to the Bulgaria's border with Turkey. The group consisted of a woman, a man and four children.

3 men without IDs, claiming to be from Algeria and Ghana, were caught by border police officers in the Regional Border Directorate in Svilengrad, was reported.

2 Syrian nationals without IDs were busted on Monday afternoon in a truck on the Border Checkpoint Kapitan Andreevo. The men were detained in the border checkpoint Svilengrad.

A group of 8 illegal immigrants coming from Marocco, Ghana, Algeria and Iraq were detained in the area of the Bulgrian village Kalotina on the Bulgarian – Serbian border by border police officers of checkpoint Kalotina.

All of them received the statute of refugees.