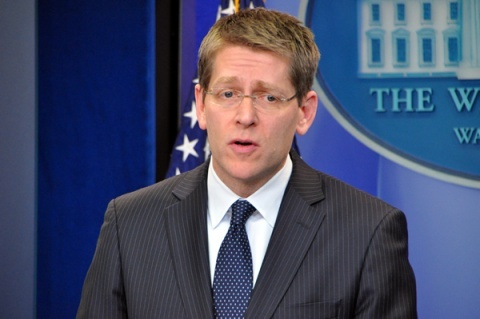 Intercepted conversations between two senior Al-Qaeda figures prompted Sunday's closure of many American embassies abroad, according to US media.

The talk, involving top leader Ayman al-Zawahiri, represented one of the most serious plots since the 9/11 attacks, the New York Times says. The paper says the US intercepted communications between Zawahiri and the group's head in Yemen, Nasser al-Wuhayshi.

No targets had been singled out in the discussions, but that a possible attack appeared to be imminent.

A US official told the Associated Press news agency that Zawahiri's message had been picked up several weeks ago and appeared initially targeted at Yemen, the BBC informs.

US lawmakers have said it was a huge plot in the final stages, but have offered no specifics.
On Monday, a top member of the House intelligence committee Dutch Ruppersberger told CNN the warnings were not designed to frighten Americans, though he said a planned attack could be "anywhere".

White House spokesman Jay Carney earlier said the embassy closures in North Africa and the Middle East were "out of an abundance of caution".