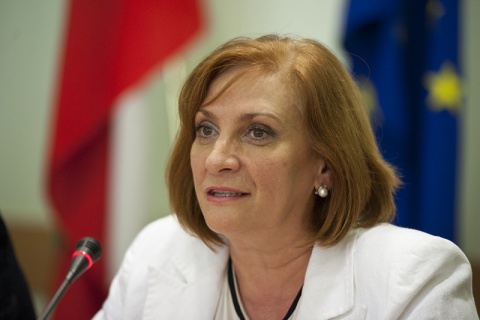 Two working groups at Bulgaria's Ministry of Environment and Water have recommended a detalization of the concession contract for the ski zone in the mountain resort f Bansko, according to Environment Minister Iskra Mihaylova.

The working groups were set up by caretaker Environment Minister Yulian Popov in response to an audit and a critical report of the National Audit Office in April, according to reports of dnevnik.bg.

The working groups were tasked with analyzing the problems in the contract between the state and the concessionaire, Yulen AD, and deciding how the recommendations of the National Audit Office to the Ministry of Environment and Water were to be implemented.

In a Monday interview, Mihaylova, as cited by Trud daily and dnevnik.bg, reminded that the National Audit Office had underscored the lack of efficient and adequate control over the implementation of the concession agreement for the Bansko ski zone in the first ten years of the contract period.

She noted that the oversight rules had been approved by the Environment Minster as late as 2011, taking into account the fact that the entire concession period was 30 years.

Mihaylova explained that the recommendations of the working groups provided for clarifying the concession territory and correcting the mistakes which had been made.

She claimed that the other problem was the methodology for determining the concession fee.

Bulgaria's Environment Minster vowed to disclose more details about the recommendations of the working groups next week.

She also informed that she did not intend to finish the procedure for changing the management plan of Pirin National Park which started in February.

"Does it make sense to change the plan when we are preparing a new one? I am convinced that the new plan is the better option," she commented.

"I respect the natural strive of locals for business and development, but the regime of management of Pirin has been strictly determined. It is on UNESCO's World Heritage List," she said in response to a question whether the new plan would envisage the construction of more ski runs.